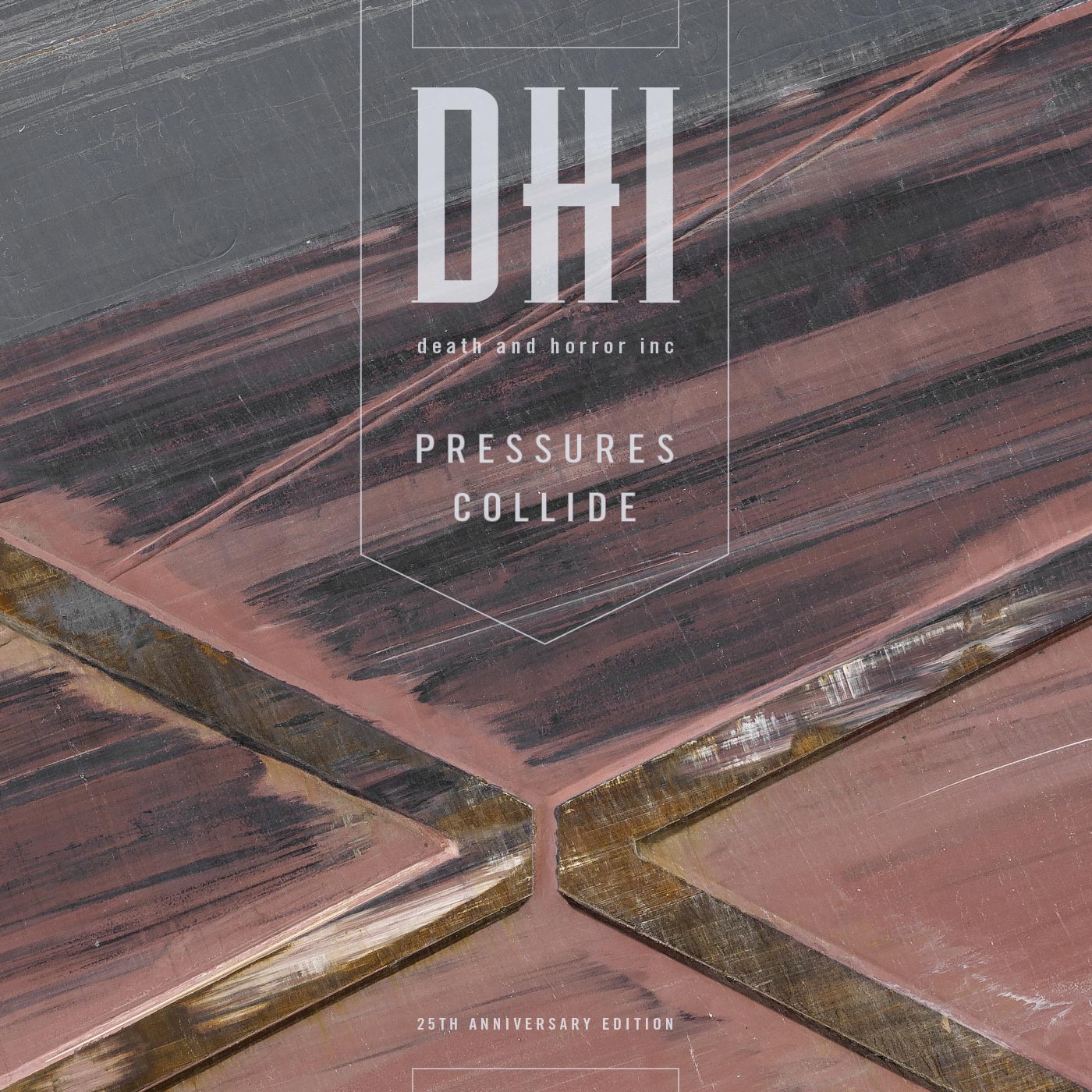 Recorded 1992-93. Originally released as the Bitter Alloys EP (1993) and Pressures Collide (1994). All tracks from those releases are included here, in a unique expanded setlist. This 20-track collection was remastered exclusively from our original tapes in 2019.

Includes six tracks presented in two different versions: the original 1993 mix, and a new “V2” (or, “version two”) mix. Additionally, there are three extended versions which have also been revisited.

The “version 2” mixes are drawn from the same original multitrack tapes as the originals, but with a vastly improved presentation of the vocals. These mixes do not include any newly recorded overdubs, or any treatments that would not have been available when the original tracks were laid down. They are true to the source material, but they project, for the very first time, the full intensity of the recordings.

Let’s take a look back 25 years to understand why these new mixes were done.

By the early 90s, there were countless industrial, and industrial-inspired, bands on the scene. Many, if not most, shared a sameness in the way their vocals were recorded and mixed. It was the distortion-box/walkie-talkie sound. Just a couple of years earlier, that overdriven aesthetic still seemed exciting (especially when it was delivered by the bands that helped pioneer the technique). But by about ’92, it had been played out, often sounding stale and clichéd.

When we entered the studio in the fall of that year, we aimed to create an album that was more distinctive than our first. The material that we brought in had been painstakingly assembled in advance, and we felt that our latest ideas (instrumentation, arrangements, lyrics, and sound-sculpting) demonstrated a significant progression from our debut. The intention was to create less of a genre release, and more of a DHI album.

But there was a question hanging over the sessions that would not be easily solved: If we — an industrial band — were not going to bury our vocals under a layer of distortion, then what, exactly, should the approach be? What treatment would do justice to the energy that was recorded in the vocal booth?

DHI was still a young band at this stage. Still in our early twenties, and operating within the tightest of indie budgets. Needless to say, there wouldn’t be a big name producer on staff to help expand upon our new, and more dynamic, vocal executions. Working with such limited resources also meant that there was barely any time to experiment in the studio. Once our live performances were recorded, gears needed to shift directly into mixdown sessions. The clock was ticking. And once a mix was done, it was done. There was no revisiting a “file” the next day to flesh things out further. After all, these sessions were done during a time when mutlitrack hard drive recording was a rare, and costly, endeavour. The DHI tracks were tape recordings, mixed in single overnight sessions. After a mixdown reached a bleary-eyed conclusion at about 5 a.m., the board was wiped clean for the next band’s session a few hours later.

In the end, we felt we had an album that was more sophisticated and thematically deeper than our first. But the absence of a proper budget left several tracks sounding somewhat unfinished, and not entirely representative of the power that we were capable of.

With the completion of this remaster, all of that has changed.

Beginning in 2018, we unearthed the cache of multitrack tapes that we had recorded a quarter century earlier. Hitting the play button on the isolated vocal performances was something of a revelation: throughout all of the songs, the energy and sense of commitment was palpable. But at the same time, it was clear that not enough of that vitality was preserved, or amplified, during the time-restricted mixdowns of 1993.

This was a score that needed to be settled. With the multitracks back in hand, the mixing desk was fired up once again, and now Pressures Collide is finally the album that it could have been the first time around.

“DHI work with a mesh of samples, savage guitars, and electronic arrangements that are reminiscent of early Fad Gadget… DHI has a willingness to experiment, take a few risks and damn the consequences.”
— Alternative Press (1994)

“It’s interesting to see how an album can remain very efficient 25 years after its original release. The new mastering has for sure empowered the original work, which will appeal to crossover fans… a real good opportunity to rediscover a somewhat forgotten formation from the Canadian EBM/industrial scene.”
— Side-Line Magazine (March 4, 2020)

Note: On this remastered album, we renamed some of the mixes because we were able to greatly improve them (using only the original tracks) during the remastering sessions.

Written, performed and produced by DHI.

© 1987 – 2022 DHI (death and horror inc). All rights reserved. DHI is the exclusive owner of its entire catalogue of master audio and video recordings. Any other entities claiming to represent our material are not authorized by the band, and we receive no royalties from them. We ask that our listeners support us (the legitimate copyright owners of DHI material) by purchasing music through the links on our site. Don't buy the bootlegs.

Get 15% OFF all T-Shirts, Tanks, Hats & Stickers when you use this coupon code at checkout:

This special offer expires at midnight EST on January 7th, 2022.