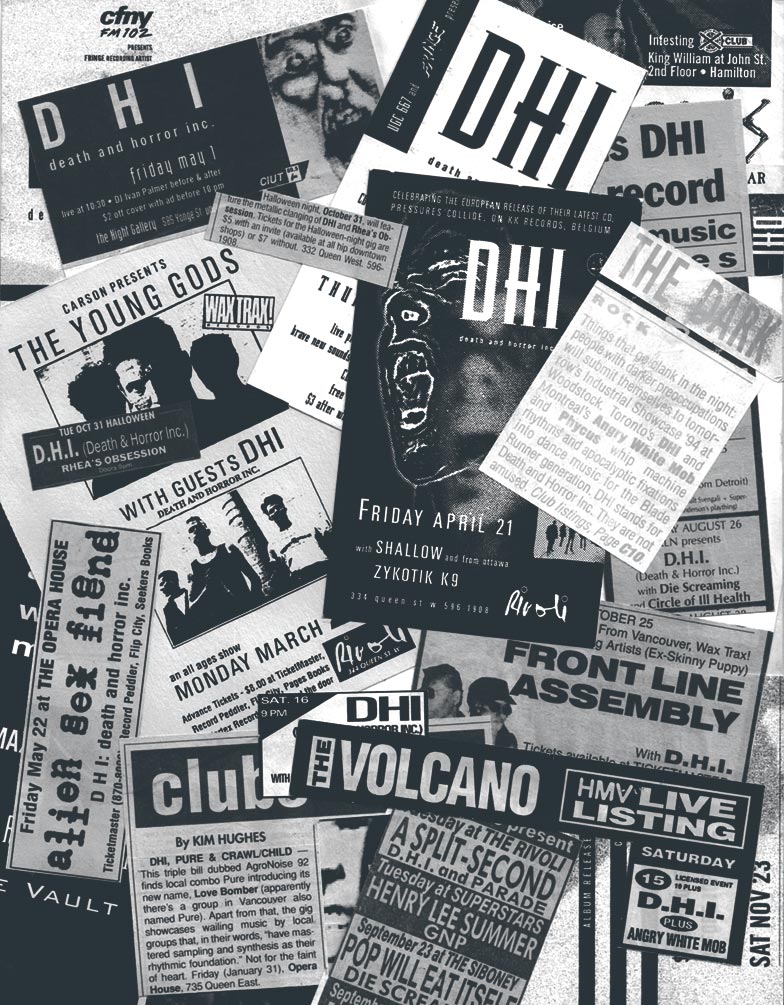 Toronto, sweltering summer, 1987. Teenage friends Vicar and Graf begin experimenting with a cheap sampler, synthesizers, and dense layers of effects. Drum machines are purchased second-hand, and with the aggressive accompaniment of Vicar’s guitar and voice, the duo commit a handful of ideas to 4-track cassette. On a lark, they decide to partially name themselves after a 1970s BBC sound effects record. As these late-night sessions continue, the newly-minted DHI (death and horror inc) evolves its early sound, and some truly intriguing compositional ideas begin to appear.

Less than a year later, another friend of Vicar’s steps on board. Bringing an almost fanatical interest in music technology to the band, Max checks in on synths, samples and metal percussion, completing the first incarnation of DHI.

The trio’s inspiration appears to be boundless, and within a few months the group writes and records its debut album-length cassette Need And Ability. The tape (complete with regulation black-and-white photocopied cover) is distributed to a handful of indie record stores in Toronto. The cassette rapidly climbs the charts on CKLN, arguably the city’s leading college radio station at the time, and by the end of the year, DHI is shortlisted on CKLN’s Top 30 Cassettes for 1988.

If that wasn’t enough of a high note, the band plays its first headlining weekend show at The Rivoli, Queen Street’s art-rock mainstay. The club is filled to capacity, which proves to be a harbinger as DHI manages to reel in a capacity (and often well-over-capicity) crowd at the venue for the next seven years.

Chemical Land Showdown, the band’s second album-length demo, is released locally in 1989. Despite the group’s lack of proper distribution, word-of-mouth excitement about DHI begins to reach far beyond the confines of the group’s hometown. The UK journal Music From The Empty Quarter can barely contain itself:

“We are talking Toronto-based three piece electronic-industrial-guitar-man-eating-dance-noise on this cassette only release. Frankly, it is one of the best things I have heard recently, the title track is right alongside Ministry as a real gut-wrench. From Nitzer Ebb sequences, circa That Total Age, to real punishing metal rhythms, DHI have it all. Ten tracks long I just couldn’t get over how good it was, why they aren’t on a larger label I don’t know, this sort of stuff cries out for a CD release. If you like your dancing aggressive, you won’t find anything better. Very impressive.”

— Music From The Empty Quarter

And once again, the band makes the cut for CKLN’s Top 30 Cassettes of the year.

1989 also sees a handful of Toronto DJs successfully chancing DHI’s sound on the dance club crowd. In the Fall of that year, the group is invited to support A Split Second, and a few weeks later, Front Line Assembly (sidenote: Rhys Fulber graciously gives the band a bottle of Bushmills). And by March 1990, DHI has cemented its reputation as being Toronto’s go-to opening band for touring industrial acts (the trio warms up for one of their faves The Young Gods at The Rivoli).

With both of DHI’s cassettes selling hundreds of copies in Toronto’s indie outlets, it becomes impossible for local record labels to ignore their progress. In 1990, Fringe Product inks the band to a two album, worldwide master purchase deal (which runs until 2006, at which time all rights to the masters are contractually transferred back to the band). DHI’s good fortune continues when they’re approached by producer/engineer Rob Sanzo (Dogpile, Malhavoc, Love Bomber) and in the cramped, musty basement of CIUT-FM, the group begin crafting their inaugural CD. 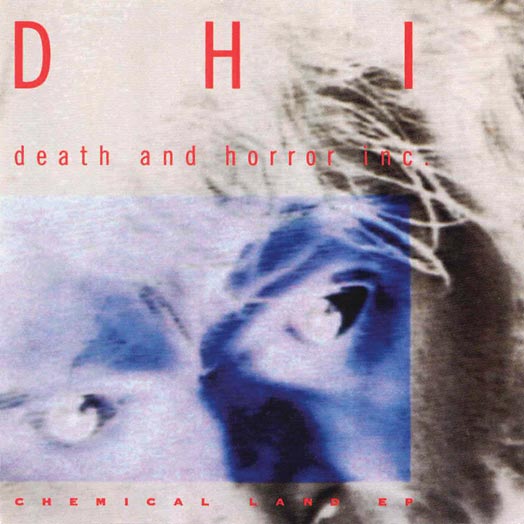 Co-produced by Sanzo, the limited-edition Chemical Land EP is launched on June 26, 1991.

“A solid release… superb sounds… the title track is already getting solid club and airplay in their hometown… DHI have a hard-fought release to be proud of.” 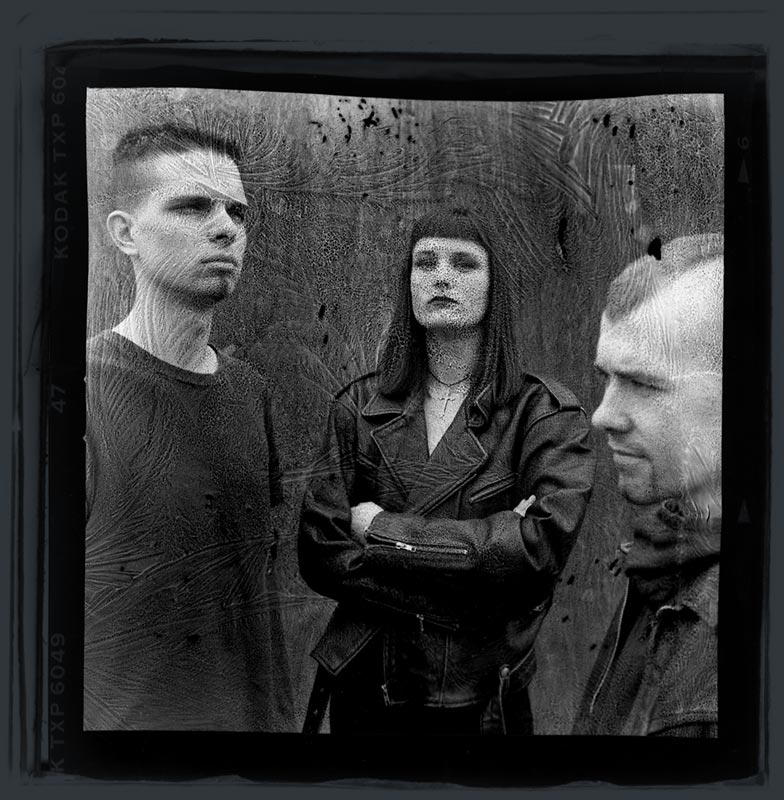 However, just months prior to the disc’s release, Max relocates to the States and is replaced by Nocturne (samples, violin). With the band’s line-up solidified, a video for “Chemical Land” is completed with director/editor Steve Jones (who would become the band’s exclusive video collaborator). The clip finds its way onto MuchMusic on a regular basis, while the EP gets chart action on Toronto’s groundbreaking CFNY 102.1FM. Almost every Saturday night, the band enjoys hearing itself on the radio before they hit the clubs. 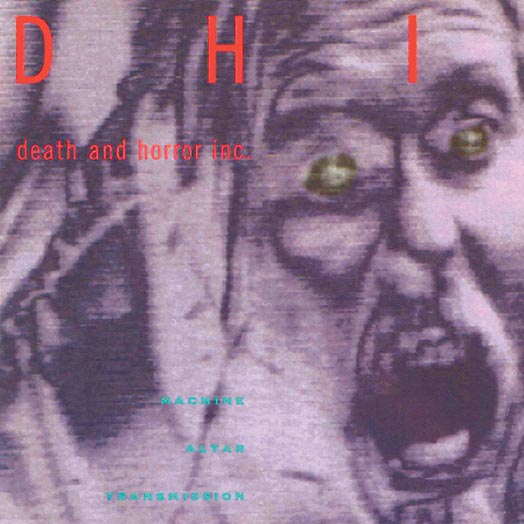 “Toronto’s DHI (death and horror inc) is an industrial trio who assemble one unnerving mastication onslaught of spiky beats, feedback guitars, and hellish, incomprehensible vocals… If Stockhausen messed around with Black and Decker, Machine Altar Transmission might have been his baby.”

As the group’s profile has increased considerably by this time, the CD appears in the States and Europe as an import. That same year, DHI is profiled on MuchMusic, and on the internationally-syndicated New Music program. The band plays in support of Alien Sex Fiend (leaving the promoter to exclaim to Vicar, “actually, I thought you guys were better than them!”). A video is launched for the album cut “New Vision”, and is visually centred upon metal artist Steve Richards’ “Insidious Devices” (which appeared at Lollapalooza in Ontario). Following a string of live dates, the group begins writing and recording in its Scriptorium studio, and later at Signal To Noise with Rob Sanzo. 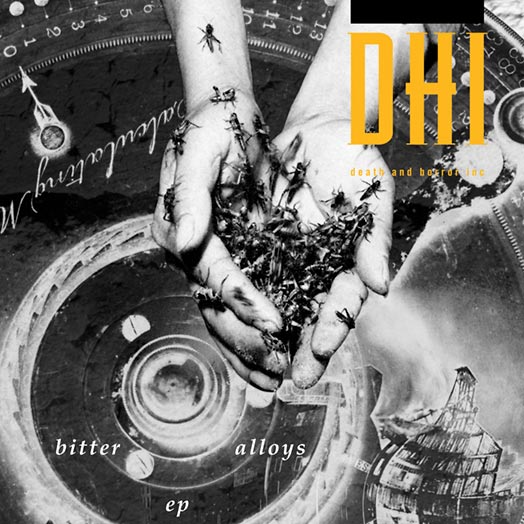 At the Bitter Alloys EP release party, CBC Prime Time News captures DHI in performance for a special on electronic music and culture, and its relationship to the “cyberpunk” vision of author William Gibson.

A second full-length appears in 1994 entitled Pressures Collide, and the band continue gigging wherever possible. Shooting for the “Pain And Courage” video (the CD’s lead single) is conducted in a ghastly, long-abandoned brick factory.

A feature review appears in Alternative Press, with the band being favourably compared to one of their more obscure influences:

“DHI work with a mesh of samples, savage guitars, and electronic arrangements that are reminiscent of early Fad Gadget… DHI has a willingness to experiment, take a few risks and damn the consequences.”

1995 sees even more gigging by the band, with some of its material being presented with a funkier, techno-infused flavour. One of the most notable shows features a stellar opening set from Rhea’s Obsession. Also in that year, DHI sees wider distribution of its material as the Pressures disc is licensed to Kk Records for domestic European release (a three-year deal).

Looking toward future output, the group holes up in the studio once again. Determined to push its sound into more adventurous territory than ever before, DHI finds itself working well outside traditional verse-chorus-verse structures. New sound-scultping and melodic possibilities unfold, and it is agreed that vocals would simply get in the way of many of the tracks. Compositions such as these are set aside for a brand new project entitled Transformantra, while other cuts like the unreleased “Anything” are clearly DHI. 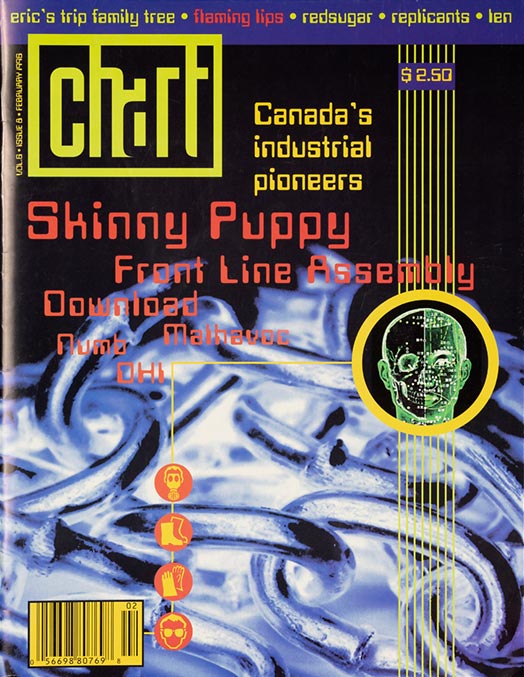 “the band continue to complement their live performances with oil drums banging and grinder sparks flying, drawing full houses to each dark club show… the city’s most interesting industrial band, one poised to grip audiences outside of Toronto, as well.”

Action within the band matches the magazine hype as DHI are constantly in the studio and playing out. That May, CIUT requests that the group headline its benefit show. Of course, after so much history with the station, the band obliges and they arguably turn in their greatest show to date. Rhea’s Obsession open the night and are incendiary as ever.

A live version of “Chemical Land” is recorded at the CIUT concert, and appears on the limited-edition Nekrology compilation later in 1996. With a booklet of live photos of many of the bands that graced the Nekropolis stage (Hamilton, Ontario), the CD also features a number of previously unreleased tracks. The disc is launched at the Nekropolis club on October 2, and DHI plays a full set for a capacity crowd.

Licensing In the USA

Two years after its initial Fringe Product release, DHI’s second EP and album (originally released in 1993 and ’94 respectively) are licensed by an American record label for a contractual period of five years (a CD format release in the U.S.). This combined album appears in 1996, followed by a repackaged compilation version of DHI’s first EP and album the following year.

Unfortunately, this very same U.S. label continued to market, distribute and sell DHI material without authorization after the label’s license expired in 2002. As of this writing in 2020, this “record label” has persisted in its bootlegging of the DHI catalogue for at least 18 years, despite having no rights whatsoever to any aspect of the band, and despite being sent a cease and desist letter by DHI’s attorney in 2007. 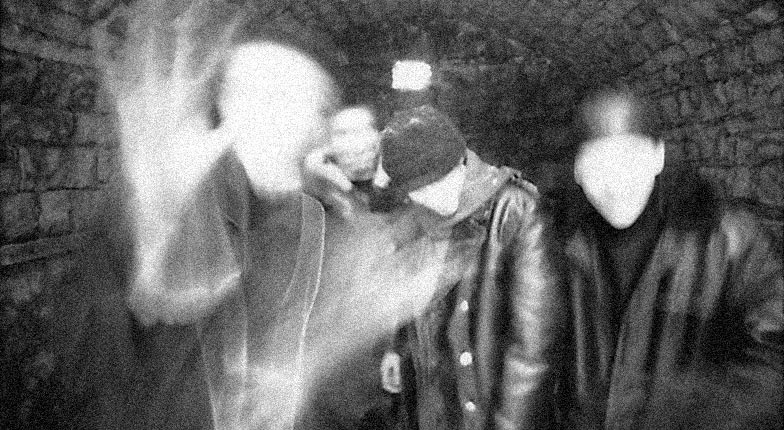 Following a break for the holiday season, the band return to the studio at the onset of ’97. The group’s innovation remains at a high-point as a number of tracks are finalized for its Transformantra project, and new DHI stormers like “Wasp” and “Emotional Lockout” hit the mixing desk. However, by June it is undeniable to the band that its most forward-thinking and adventurous output belongs to Transformantra. That month, the band announces the DHI moniker will be on hiatus.

1998 sees an unprecedented level of critical acclaim brought to the band via its Transformantra release. And although the group is heavily focussed on this project, DHI’s previously-unreleased “Emotional Lockout” reaches fans via the limited-edition Sweet Little Things (Sweet Tooth Entertainment) compilation. “Lockout” takes centre stage as track #1 on the comp, followed by other notable underground Canadian acts such as Malhavoc, Monster Voodoo Machine, and Do Make Say Think.

In ’99, DHI makes an online announcement about a forthcoming compilation of rare and live recordings. However, the project is put on hold as other matters take priority.

A Remastering Of Everything 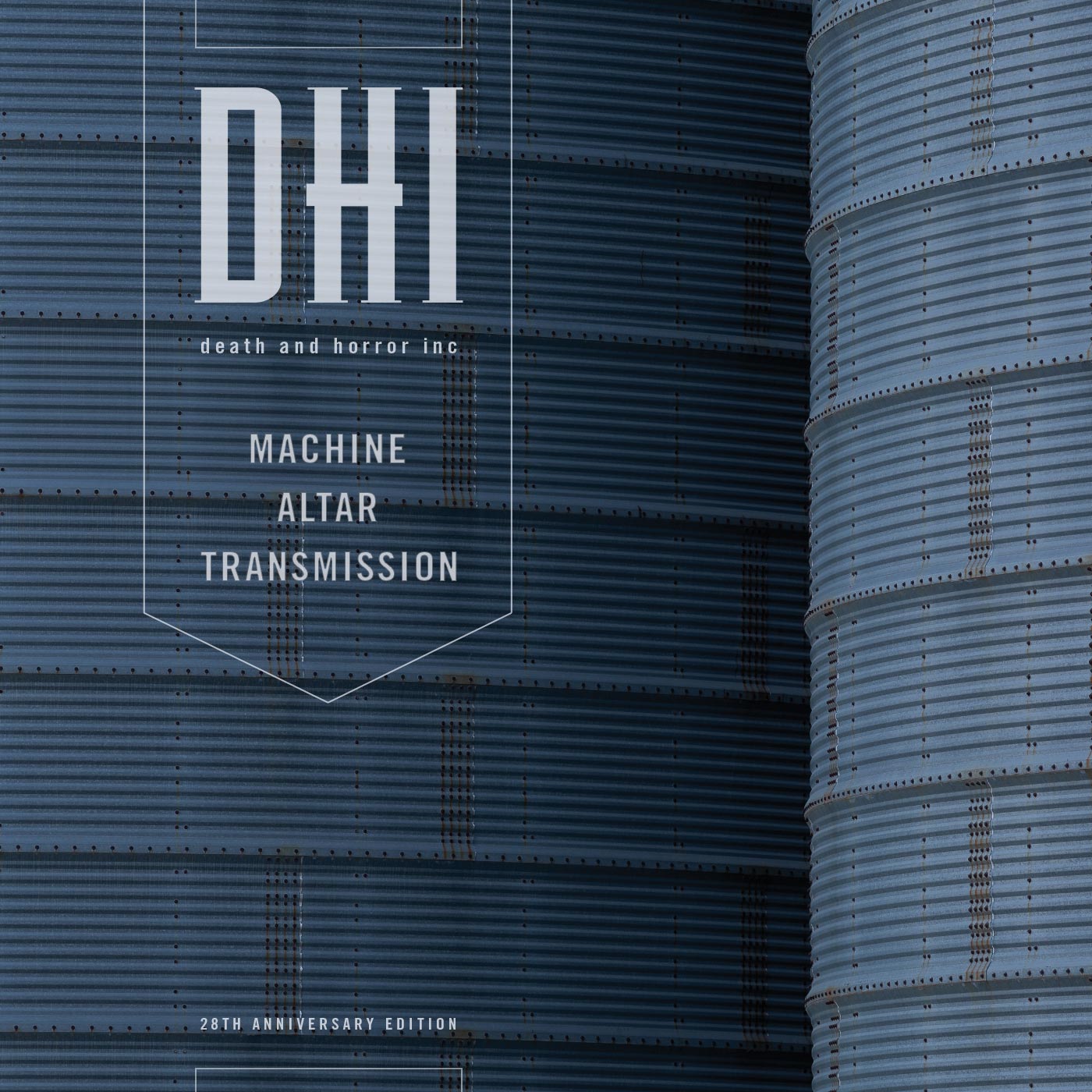 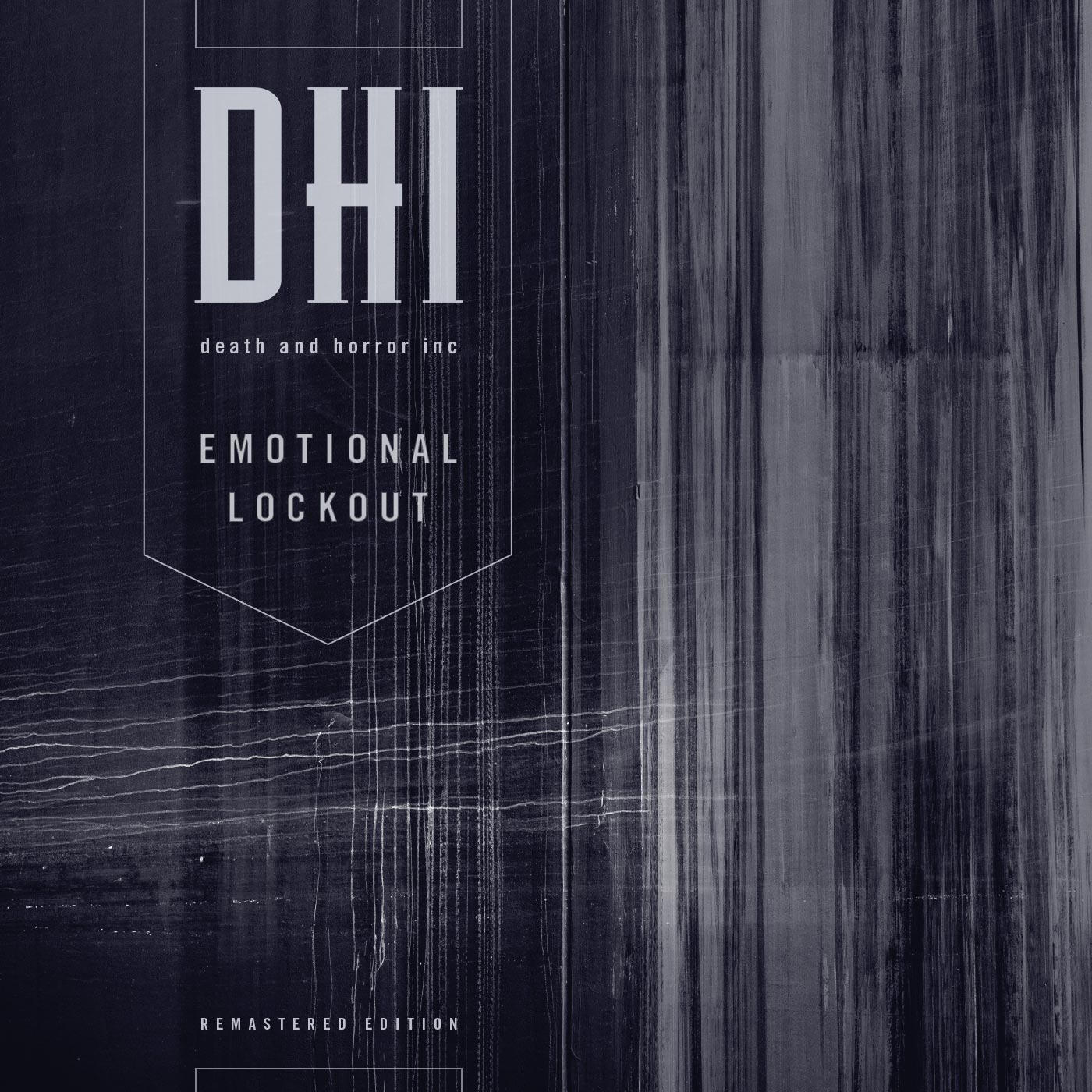 Cut to 2019 and the 25th anniversary of the Pressures Collide album. Acknowledging this milestone, the group reflects upon its catalogue and does a fresh remastering of not only that release, but of its entire catalogue. The end result is a unique 20-track edition of Pressures, loaded with remixes alongside the original versions. Following immediately afterward comes a newly restored 16-track version of Machine Altar Transmission (28th Anniversary Edition), and a remastered 6-track Emotional Lockout EP. 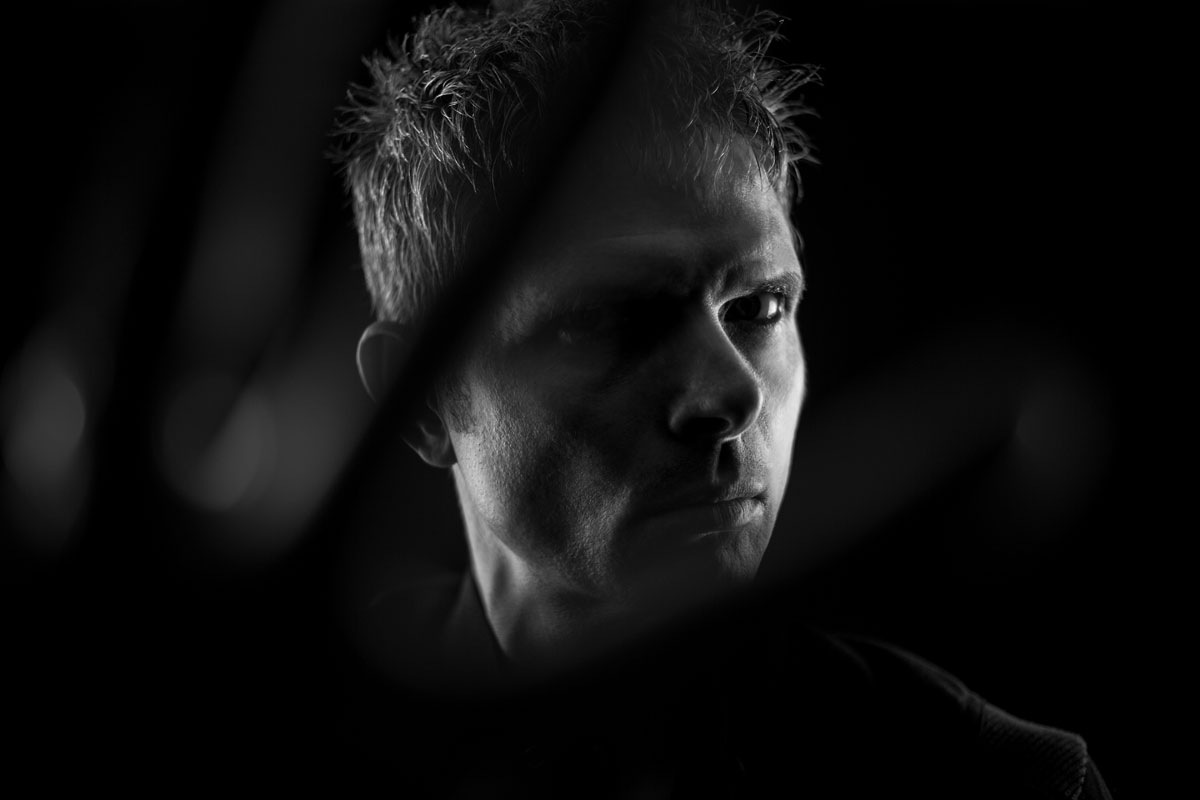 In response to the renewed interest in DHI that followed the remasters, and with the blessing of cofounding band member Graf, Vicar returned to the studio in late 2019, cooking up brand new audio and visual material.

The six-track Idiot Parade EP is the latest offering from this new era of DHI, released on November 1, 2021. 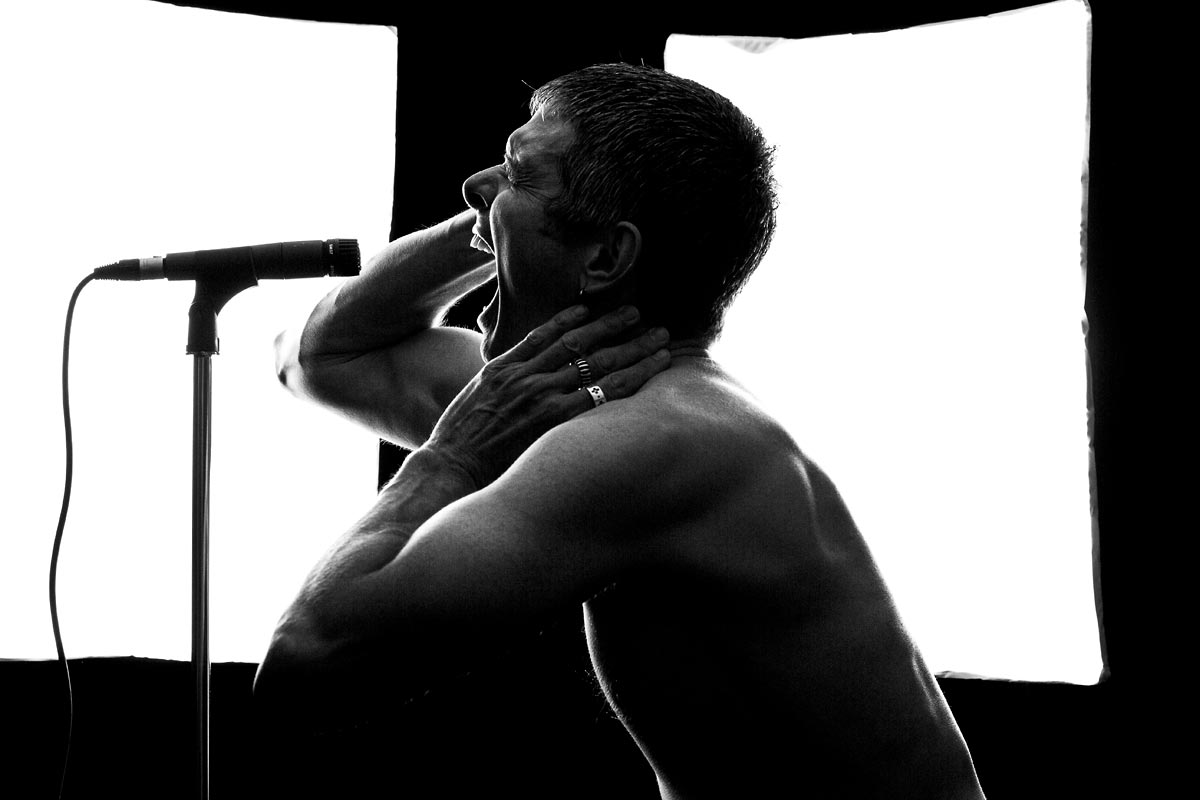 © 1987 – 2021 DHI (death and horror inc). All rights reserved. DHI is the exclusive owner of its entire catalogue of master audio and video recordings. Any other entities claiming to represent our material are not authorized by the band, and we receive no royalties from them. We ask that our listeners support us (the legitimate copyright owners of DHI material) by purchasing music through the links on our site. Don't buy the bootlegs.

Get 15% OFF all T-Shirts, Tanks, Hats & Stickers when you use this coupon code at checkout:

This special offer expires at midnight EST on January 7th, 2022.